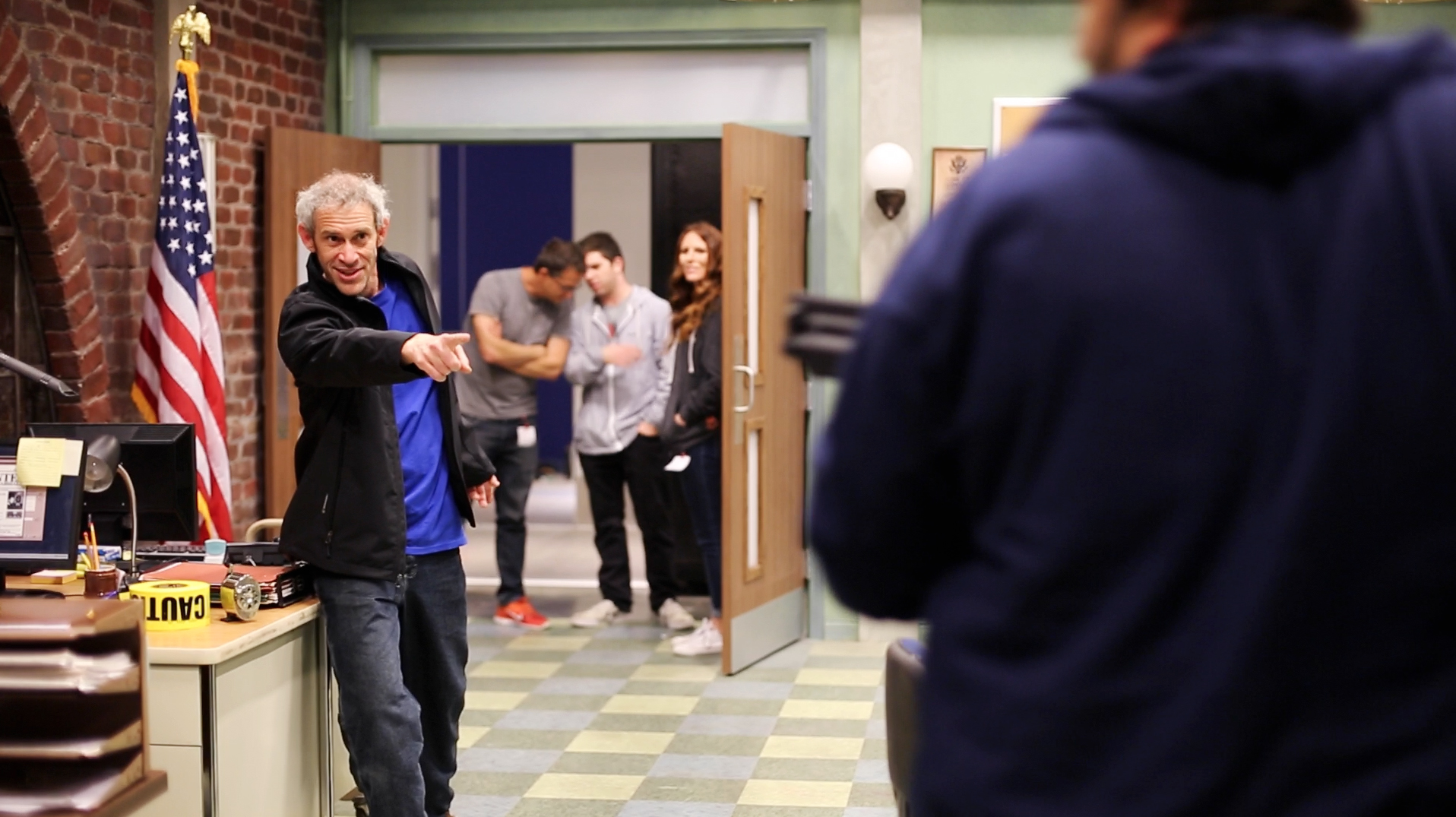 Earlier this month I got to work with some amazing talent as a Second Unit Director and Fight Choreographer as part of a promotional video for the new Terminator:Genisys movie.

Working with Youtube stars Lily Singh, Olga Kay and a great production team,
I was able to create 3 firefights and 2 hand to hand combat sequences for more than 50 combatants
and do it all in one day.
I am proud of the work and also got to create, to my knowledge
and the knowledge of a creator of the new technology, the first VR fight choreography.

I got to fight face to face with Arnold Schwarzenegger and was blown away when I got to see the playback; fully immersed in the same experience I just enacted.
So…
Mind Blown!
Great job enacted and some incredible media created.
I’ll keep you posted on it’s release. 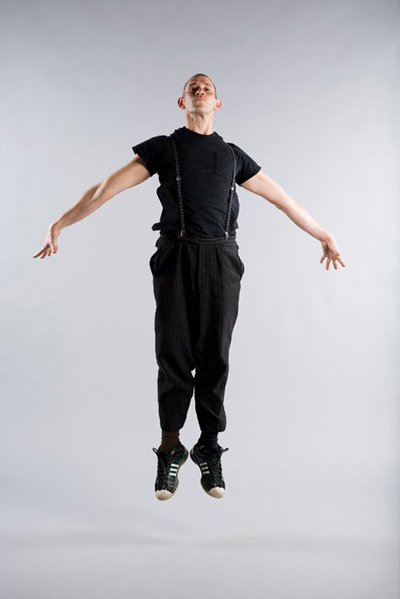 My work as Movement Director with 30 years of experience performing and directing theater dance circus and film is to co-create the inner life and mechanics of motion for fantasy horror and scifi characters. The Movement Director is a liason between the VFX ,Creature designers,  stunt coordinators, fight choreographers, producers, director ,and especially the actors working together to create an extreme, understandable and committed performance. I have worked since 1998 as a prosthetics performer, and movement director and coach choreographer on What Dreams May Come,  I Am Legend, J.J. Abrahm’s Star Trek, and Kenneth Branagh’s Thor.

Movement directors propose a physical language to performers and directors, and devise training methods or teach skills that will help facilitate a specific physical style. The Movement director may create, or research and pass on, embodied information about etiquette, ethnicities (proxemics, gestural language, social codes), a character’s condition (medical conditions, inebriation, pregnancy, historical facts), a character’s journey (for example ageing), specialist movement (for example period, dances, dexterity in falling and lifts, animal work, cross-gendered performance) or chorus work.
Examples of recent work in this field include the work of Andrew Sircus on the more recent Hobbit where he directed the motion capture for all of the different races of creatures making distinction and clear behaviors for each race of creature and being.


On a practical side, the Movement Director should be ideally brought in very early and be a part of the planning of every fight sequence, every effect and merger of movement with effects from tech interface to super powers and magical spells.
The MD is in the structure of the work to create a synergy of relationships. Is responsible for creating better relationships between the head of all departments and making sure that they converse as frequently as possible toward the best effect.
Also the second unit direction to be able to direct actors and movement for the action aspects of the camera as well as the intimate aspects of this type of character. How does the Vampire, or the half wolf or half cat or half whale creature. How would that character interface with the world. So many of these details have been left to the actor and rightfully so, the game is now how to bring the performance from the actor’s imagination into the world of the script and the character and the movement director is the role to build those bridges.
Example…
Ken came to me regarding Thor. He showed me the footage of Chris entering the rom and he said to me, “He looks like a Prince, how do we get him to look like a god. I worked with Chris for a day and there was a marked difference in his performance as we had worked on the mechanics of Thor’s connection to the environment, to his weapon, to his own awareness and by the end of the day there was a completely different motion in Chris’ performance…
He said this of me…
“I met him on ‘Star Trek,’” Hemsworth said of Pollack. “He was teaching all the people who were playing aliens how to move around. How do you get that job? He’s a fascinating guy. He’s got a circus background and acrobatics and he was a real help. He came in on this and he had read every ‘Thor’ comic book and he had a lot to show me about the hands and postures and these poses that evoke the comic book character and then how, as an actor, you could do some of those things to put it on the screen. He had this idea too of this electricity, this energy, that’s surrounding Thor. There’s an aura of thunder and lighting and energy around him, and if you start with that, then there’s a way you can move that kind of fits with that. And it affects the relation to everybody else, the way he interacts; if this exists and it extends to out here then you wouldn’t stand that close to a 9-foot monster. It was all very helpful to me.”

Witness to the circle of need in our village
to see our struggle,
the struggle of the artist for the sanity of the village.

Art is a vehicle of transformation.
A tool of destiny.
To survive, the human race seeks
every possible tactic to stay alive.
Political structures, social services, religious ritual, waste management, spiritual practices, strategic and athletic games, machine repair, tribal fabrics, the capture of time and imagination in the materials of pigment, pixel and elements…
Culture!
The pathways.

Why do we?
Because commitments found trust.
Trust is our only true commerce.
Commerce is the way of evolution.

The evolution of laws and their effect upon human behavior,
the ecology of mind
the protection of innocence;
childhood in it’s institutions,
corporate responsibility for the health of it’s customers,
behaviors of involvement generating creative response to the environment
codes of allegiance, loyalty and accountable power.
May we, through investigation find and found a new language of alliance learning the blueprint and operation of each social ecology.
Cultural pirates, guerrilla DJ’s, tantric pornographers, urban shaman, psychic scientists, hecklers for peace, and sincere applicants for casualty relief, conservative creationaries,
we are obligated to welcome all forces
the war in our midst is being waged without our consent .
The time is much to late for the equity of now.
We must fight back from the future.
your imagination calls creation from the future.
Build now the stronghold to survive the next age arising.
see the frontier.
break down.
get back up with greater enthusiasm.

Paradox Pollack
paradoxpollack.com
http://www.youtube.com/watch?v=7X98ZM_aQC0
“It is now highly feasible to take care of everybody on Earth at a higher standard of living than any have ever known. It no longer has to be you or me. Selfishness is unnecessary. War is obsolete. It is a mater of converting the high technology from weaponry to livingry.” – R. Buckminster Fuller 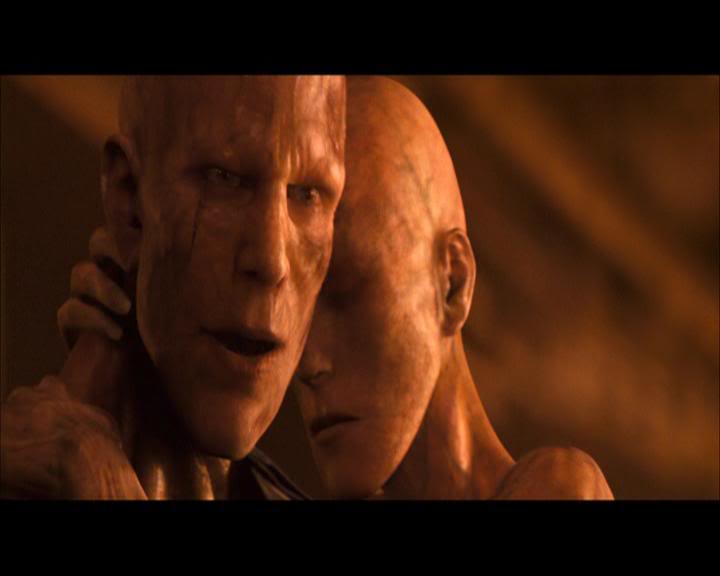 many heads becoming one.

in most cases I think people would love so much to become cyborgs. we already are.

however,
we vibrate the clock inside and so
make it outside.

The work is grand,
the inspiration moderate,
the path, epic.

I don’t know how to say it,
turtles turtles all the way down,

they are equally as disorganized as the circus,
but there is a fusion of moments and it all depends on all the shots, a fusion of all the visions, and
that chrysalis moment where the trick occurs,
the transaction with the forces,

so it really does make a difference
to represent your version of the prism,
that old …” when i see that color, is it the same color you see” game.
That old “no one enlightened until we all are.” 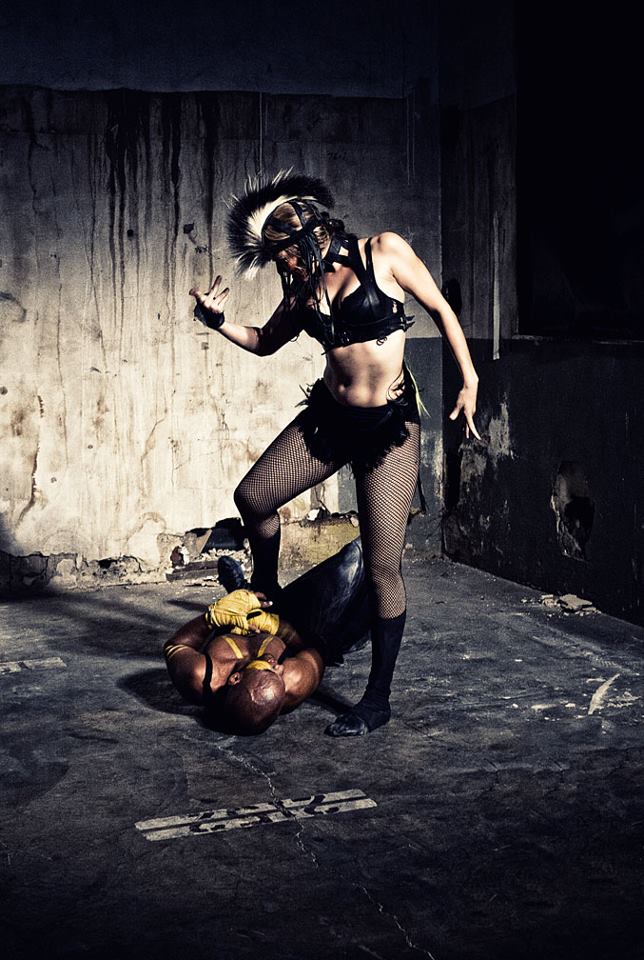 In the play, “The Birds” by Aristophanes the main character of the story works diligently to convince the birds to stop being the messenger for the Gods to receive the sacrifices that humanity offers them and instead to take them for themselves and build a world not for the Gods but for humanity.
It is a beautiful play full of a thousand references that no one in our time would get unless they were a historian but the larger satirical themes have to do with the question, “what would humanity do if they were given the keys to the planet.”
What if humanity were to truly have the codes and keys to understanding and ability to control the elements of the world.
It is a very sad premise that Aristophanes posits and of course that is why it is funny, but he asks us to consider what we would do with a Utopia.
The resolution of his comedy is sad as Man instead of making a place where all people have the system which allows all to rise, instead, each person being given wings seeks to find the swiftest way to take advantage of each other.
In the end, Aristophanes main character Pisthetarious accepts that humanity will never make better things with better tools until they change their own souls and are willing to accept responsibility for the gift of consciousness they will always try to destroy each other. He accepts the offer from Zues and is married off to the Queen of the Universe.
He has been married to her for 1600 years.
I sure hope he comes back with better ideas… 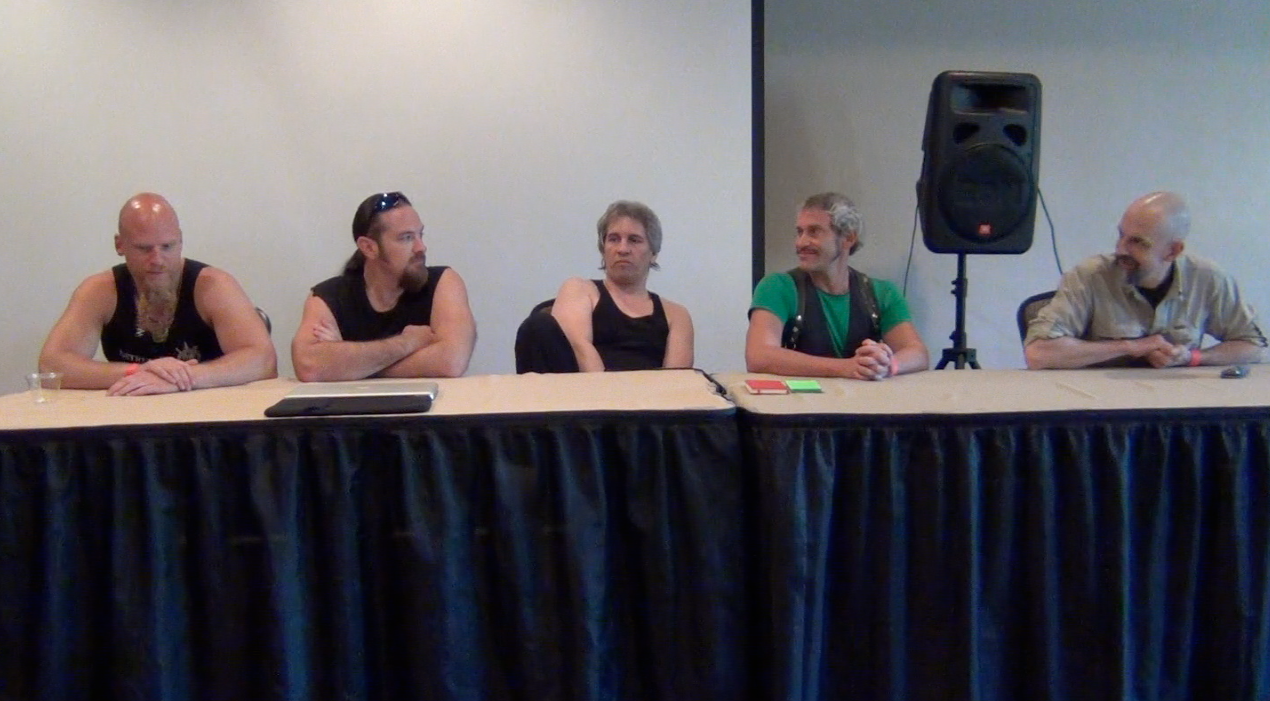 Several days ago I was contacted by the man who choreographed the fights for
The Lord Of The Rings. Asked me if i wanted to be a featured speaker at CombatCon.
I had never heard of it. Looked it up. Looks great.
Vegas for 2 days. Get to teach my Alien Fight Club technology.
Very excited.
Check out my page and explore further their website.
Click here for more…